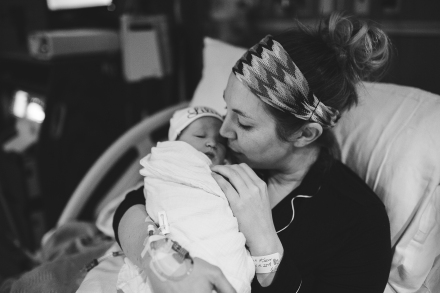 It was about 4:00 in the afternoon on Wednesday, September 16th. I looked over at my sister who had been visiting since Monday and told her that something was up. I was feeling “different.” More crampy, but in an impending labor kind of way. Haha. Shortly after that, I started having mild contractions. Based on my last delivery, I knew that mild contractions didn’t necessarily mean anything and that this could go on for a few days. The contractions were consistent enough that I was pretty sure I was in early labor, and I knew I had a long night ahead of me. Because of the graciousness of God, I did sleep a little that evening in between contractions. I woke up pretty discouraged, but I had an appointment already that morning, so I was looking forward to that.

My contractions were painful enough that I didn’t feel comfortable driving to my appointment, so I asked Nathan to take me. We both met with the doctor and she told me that I was almost 4cm. That was very encouraging as I knew that the prior evening of contractions actually did something to progress this labor! The doctor told me she was pretty certain we would be having a baby that evening. I got excited and Nathan got scared. Haha! He had a lot of things to wrap up for work. He was not expecting me to go a few days before my due date. I called my doula and she told me to go home and REST immediately as we both knew a marathon awaited me.

I was able to rest for a few hours and the contractions started getting more severe and more consistent. Caryn (my doula) told me to call her so she could listen to me during a contraction to get an idea whether active labor had started. I called and she said she was coming over after she heard me. So, I called Nathan, had a minor emotional breakdown, and told my sister that this was happening for real!

I labored at home for a few hours. Logan woke up from his nap, and let me tell you, all he wanted was his momma. He is not usually like that, but he was so sweet to me. Even though holding him during contractions was very painful, I cherish those last few moments snuggling him before his world was rocked. 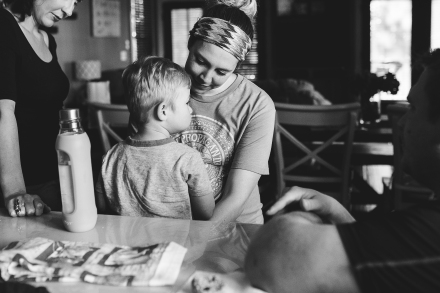 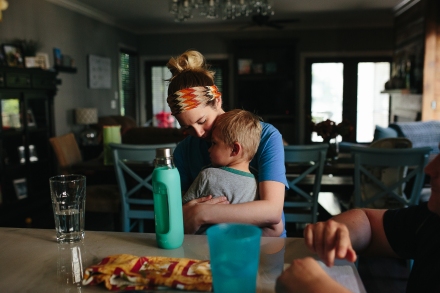 I labored outside for a bit. I was thankful to be home, but was also getting antsy. I wanted to know how far along I was. I was also GBS positive, so I wanted to get the antibiotics in before baby girl came. But, I’m thankful I was able to labor at home for a while. 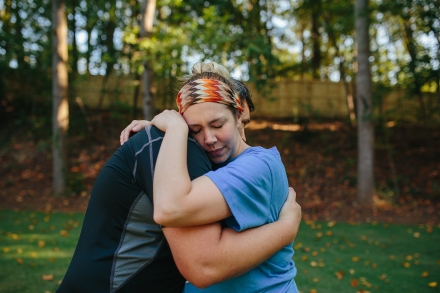 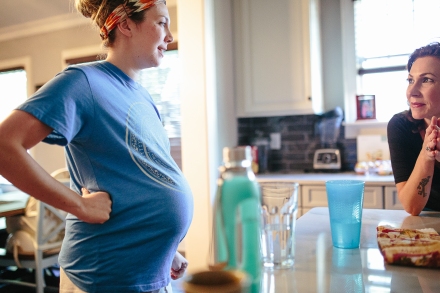 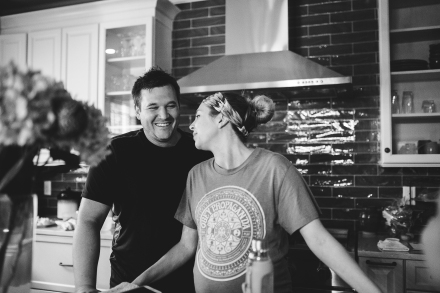 We left for the hospital around 5:30pm. I said one last goodbye to Logan, but he was way more interested in his food than mommy and daddy leaving. He was in great hands with his aunt Ashley, and for that I was thankful.

Going to the hospital during rush hour was not a pleasant experience. Ha. Laboring in the car is no fun! I was emotional again and honestly a little scared. We arrived at the hospital around 6:00pm and the nurse immediately got me in a room because she recognized that I was probably a good bit dilated. She was right, and I was 7cm! That was very encouraging. Everyone was very upbeat that baby Lilia would be here in no time. 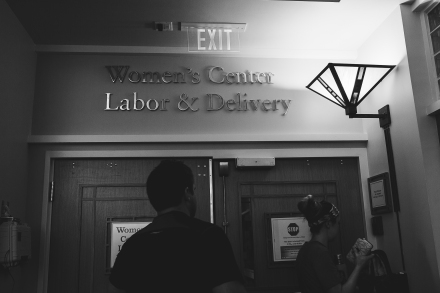 I started in the tub. I was very positive at this point. I was hoping I wouldn’t be laboring much longer. 🙂 However, as things went on, it looked like it was going to be a similar experience as my first labor. My transition would be quite a long time. Centimeters 7-10 took from 6:00pm until around 10:00ish pm. Yikes! It was discouraging, but in retrospect, I know overall, my labor was quite smooth and quick.

I could not have made it through transition without Nathan and Caryn, my doula. They were my support, my rocks, my anchors! Nathan was the best partner through labor I could have ever asked for. I love seeing the look on his face in the pics my photographer captured. I think my man really loves me. 🙂 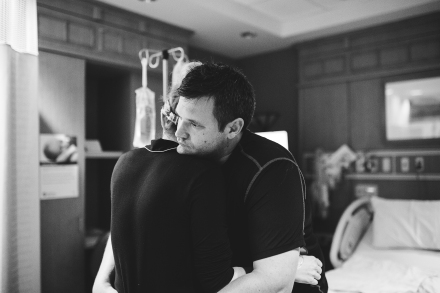 It was time to push. I was terrified and dry-heaving! I just wanted my baby girl OUT of my belly and IN my arms. Caryn was my rock during pushing. She helped keep me focused and kept me from losing control. (You guys, if you are considering a doula, Caryn is worth every penny. She helped me with both labors and I am so glad she is now my friend. You must HIRE HER!) Anyways, about 25 minutes or so of pushing and Lilia safely and smoothly entered this world. Oh and guess what? Nathan caught her! How cool is that. I love how Nathan was never grossed out by or unattracted to either of my labors. He was all in, all involved, and despite all the ugly, he saw the beauty. He saw the beauty in me and in the experience.

Once Lilia was placed on my chest and I screamed thanks to God about 9 times, she promptly pooped all over me. I don’t know if this is some sort of omen concerning our future relationship, but I didn’t care. She was in my arms. I was feeling only 100% pure relief. 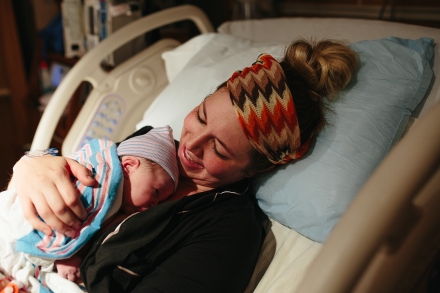 Childbirth is really hard. I don’t know how many times I just wished I didn’t have to do it during the process. But, I knew I did. And I knew it was going to be worth it. And it was. I am so thrilled to have a daughter. I am so excited to start this new journey as a family of four. I praise God for allowing me to be a mom to Logan and Lilia. I am blessed beyond what I deserve. My man, my kids. . . They are my life. 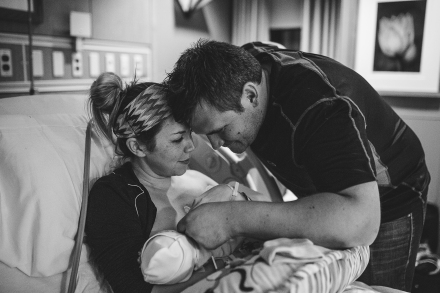 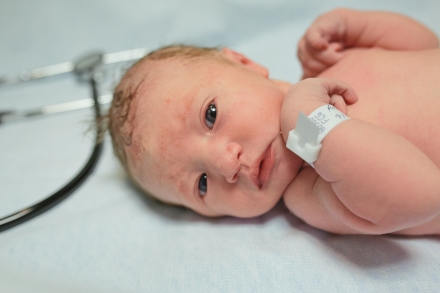 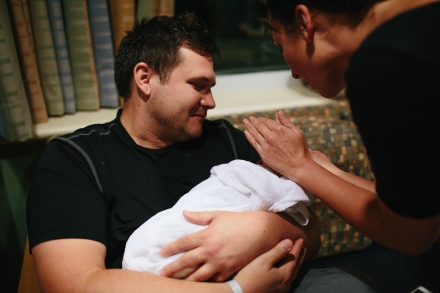 Hello. My name is Becca. I'm a lover of beauty, books, music, theater, and my family. A follower of Jesus Christ, my aim is to glorify Him simply by learning how to shine with joy through every ordinary moment He gives me. Follow me on Instagram if you want to see snippets of our ordinary, chaotic, beautiful lives.

Journey of Sarah
marylekoshere.wordpress.com/
When Mercy Found Me